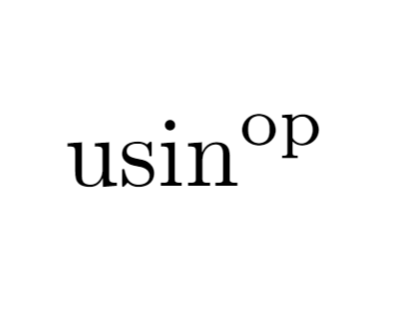 Elliptic curve has a lot of nice structures attached to it. One of them is the idea of divisors. Using divisors, we can construct an example of a pairing, which is used for Pairing-Based cryptography. This is especially useful in the blockchain world to construct cryptographic primitives like threshold signatures. Here we only go over the basics of the theory of divisors and pairings, as we will be delaying the discussion of algebraic geometry, the field underlying the whole study of elliptic curves, to next time.

In complex analysis, we study functions that are differentiable (in the complex sense) at almost all points. The study of the zeros (\(f(z)=0\)) and poles (\((1/f)(z)=0\)) is very important, because in complex analysis, the famous Cauchy’s integral theorem implies if \(f\) is holomorphic (does not have any poles), then for \(C\) enclosing a simply connected domain,\[\oint_Cf(z)d\,z=0,\] on the other hand, the residue theorem implies that the integral of \(f\) (that has poles) relates to the poles and its order.

The order satisfies the following properties:

The zeros and poles of a meromorphic functions can be captured in a simple object.

These elements are called divisors. The group itself is called the divisor group of \(\mathbb{C}^*\).

Now we turn our attention back to elliptic curves. The theory of divisors are almost the same as the case of \(\mathbb{C}^*\) (with the details omitted for now), except in the case of the Riemann shpere, we are considering meromorphic functions. In the case of elliptic curves, the function we consider rational functions, which we shall discuss next time, but for now, just think of them as “locally” a ratio of polynomials.

Elliptic Curve and its Picard Group

Using the definition as above, and let \(E\) be an elliptic curve,

Where the second summation is using the group law of elliptic curves.

To see how divisors relate to cryptography, we first turn our attention back to cryptoghraphy.

One application of pairings in cryptography is to create digital signatures. Let \(G, G_T\) be cyclic groups of prime order \(q\), and \(e: G\times G\to G_T\) be a pairing. Additionally we also assume a hash function \(H\) that outputs an element in \(G\). Pick a generator \(g\) for \(G\).

One nice property of BLS is that the signature is very small: it consists of only a single group element (of roughly the same size as \(q\))!

The security of BLS relies on the fact that (roughly) the discrete logarithm problem of the underlying group \(G\) is hard. More specifically, we assume that the computational Diffie-Hellman (CDH) problem is intractable.